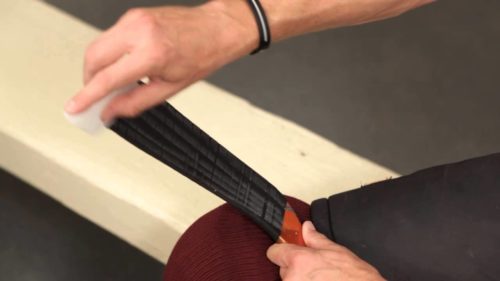 Hockey wax is important and has many useful applications. But what is the best hockey stick wax of 2020?

What Does Hockey Wax Do?

Hockey wax simply keeps the snow that usually sticks to your stick off of it. When you apply wax to the blade of your stick, it acts as a repellent of the snow helping you feel the puck better throughout the game.

You can also rub it on the handle of the shaft giving you more grip and it also keeps you stick from stinking. That's a little plus in my opinion.

How To Wax A Hockey Stick

It's pretty simple to wax a hockey stick. All you have to do is rub the wax on your the tape, but it's important not to put too much on there, otherwise it will become heavy and almost be the same thing as having snow on your stick.

You won't feel the puck as well, which is necessary to get the most out of your stick handling. The most important part to wax is the bottom of the blade, and the lower part of the foot because that's where most ice builds up.

This wax really does everything it is supposed to. It works great and the puck sticks at all times, it also smells really good. The great thing about this wax is I can make an indention for the bottom of my blade to easily wax it up.

I'll use this on my handle to keep the tape from wearing and gives it a nice scent. The tin can is also very convenient and is easy to find because it's so bright. I very much recommend using this wax because of it's simplicity and works perfectly.

Mr. Zogs sex wax has been around for a long time and is widely known for their surf board wax. They have come out with hockey stick wax which is really good by the way. It comes in the puck form like howies but unfortunately doesn't come in a form of packaging. 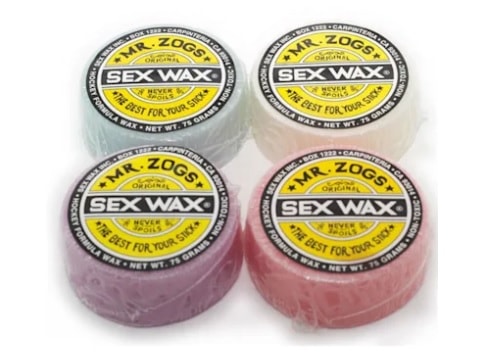 That's the only drawback because it can gunk up the equipment in your bag if you don't have it in a can or something. Despite that, it is an amazing wax and does wonders for keeping snow off your stick. I still highly recommend trying it!

The easiness of applying this is easier than most wax's out there. Because of the deodorant like packaging, it's a familiar way of applying the wax and gives you great leverage.

The wax does a great job as well, you have great feel of the puck and the snow won't stick. Overall one of the best wax's on our list.

This wax does a very great job at keeping your tape dry and in great condition for many games. It also has a canister to store in which is another plus. Overall does a great job at giving you that edge on the tape!

This wax is great for any age, and any skill level. It also has the protective tin can... another positive! It's gotta nice melon scent to it as well. I felt like I could really the puck and shoot very clean. I would definitely check this out!

What All The Pros Use is supported by its audience. When you purchase through links on our site, we may earn an affiliate commission.

As an Amazon Associate I earn from qualifying purchases.